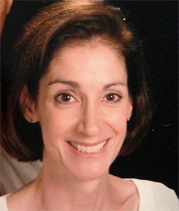 Julie K. Rousseau has been a Registered Nurse since 1993. Ms. Rousseau graduated from University of Alabama at Birmingham in 1999, where she received her Masters of Science degree in nursing.

Ms. Rousseau is a certified Family Nurse Practitioner by the American Academy of Nurse Practitioners (AANP) and the American Nursing Credentialing Center (ANCC). She had previously practiced predominantly in Pediatrics and Women’s care before joining the staff of Associates in Primary Care Medicine in 2004. Ms. Rousseau and her husband are currently raising their four children. 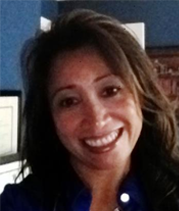 Sara has been a Family Nurse Practitioner since 2004, working in community health for almost nine years in Cranston, RI, providing selfless care for many members of the Southeast Asian and Latino community. In 2011, she was one of twelve exclusive nominees and recipients/providers of the Rhode Island Community Health Center Association’s prestigious STAR award, which represented distinguished care and service to children and families in the community health setting. This followed nearly four years as a Registered Nurse at Miriam Hospital.

Sara’s education began with a bachelor’s degree in Physics from Up State New York, which was then followed by a second undergraduate and graduate degrees in Nursing from the University of Rhode Island. She is a past volunteer at the Rhode Island Free Clinic and in 2012 was a panelist at the Southeast Asian National Leadership Conference.

As a comprehensive medical provider, Sara strives to assess the total well-being of her patients and can often quickly ascertain and recommend small lifestyle changes that can improve patients’ well-being. She is certified with Implanon & IUD insertion and removal and is board certified with Injectable Medical Aesthetics through the National Laser Institute. 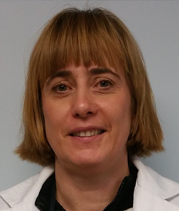 Olga came to the USA from the Ukraine in 1991. She has a degree from her country in physical education and sports medicine. Prior to nursing, she worked as a track coach and personal trainer for 10+ years. She is a former junior champion of her country in Heptathlon.

She graduated from the University of Rhode Island as registered nurse in 2010 and worked at Riverview Health Care Center in Coventry. She continued her education in nursing at URI and graduated as a Family Nurse Practitioner in 2014. She is certified as an FNP by The American Academy of Nurse Practitioners (AANP).

She is a member of Sigma Theta Tau Nursing Society. Olga’s interests and specialty in nursing are providing care to older adults, sports medicine and rehabilitation, and improving chronic condition through healthy diet and exercise. Outside of work Olga and her husband are raising their four children. In her free time, she enjoys running, skiing, and swimming.

Melissa Martino is a graduate of Providence College and the Bryant University Physician Assistant Program, with honors. Melissa has experience in a variety of clinical settings including primary care and urgent care and has volunteered at Clinica Esperanza and the RI Free Clinic where she assisted with diabetes and medication management.

What is a Nurse Practitioner?